The Children’s Books Ireland Book of the Year Shortlist was announced last week, and our Book Club members will be joining in on their Shadowing Scheme again this year! 🤗 (some members pictured) 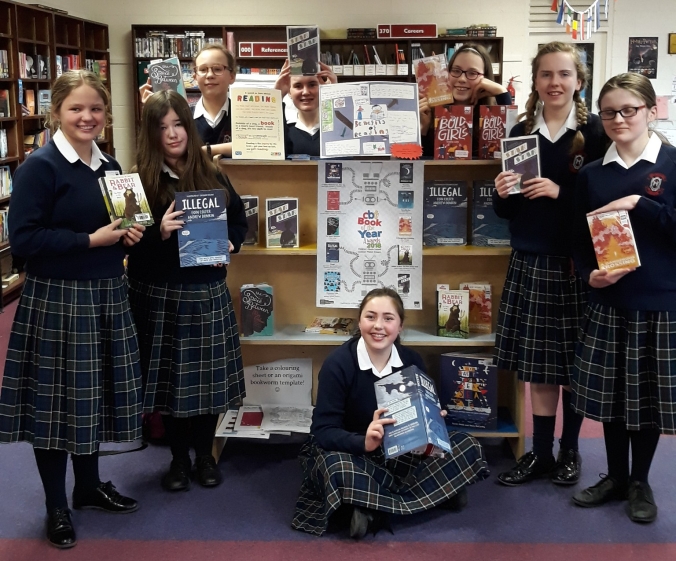 The shortlist was compiled by a group of judges, two of whom were Marie Bishop B5 as the young judge, and Ms. Lundon the librarian. The shortlist represents the best in Irish Children’s Literature each year. All titles can be seen on the poster below and are available for loan.

The Shadowing Scheme allows reading groups all over Ireland to read and vote on their favourite titles. The winner of this receives the coveted Children’s Choice Award. Last year’s winner was our favourite The Call by Peadar O’Guilin! We can’t wait to see what the reader favourite will be this year! The award ceremony will be held in May so all will be revealed then. 🤔📚❤

Take a look at OLS Library on Instagram at olslibrary

A Dangerous Crossing by Jane Mitchell

A Sailor Went to Sea, Sea, Sea written by Sarah Webb and illustrated by Steve McCarthy

Here We Are by Oliver Jeffers

Rabbit and Bear: The Pest in the Nest written by Julian Gough and illustrated by Jim Field

Star by Star by Sheena Wilkinson

The Space Between by Meg Grehan

Neil Gaiman on Copyright, Piracy, and the Web